Local Web designers and application developers from the Kyushu island and all over Japan were encouraged to participate in the meetup. In total, over 200 attendees came to listen to this year’s exceptional speakers showing that the Web is definitely an exciting development platform: 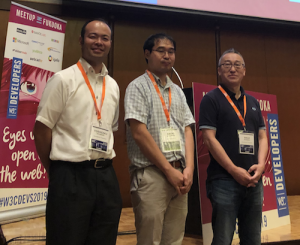 Another highlight of the event was the presence of three representatives of the W3C Japanese translators community.

All together, they have translated an impressive number of W3C resources, notably Web standards documents. As a result, more than a quarter of the current 410+ W3C recommendations are available in Japanese!

A big thank you to this year’s sponsors for making it possible to organize the meetup: NTT Communications, Mozilla, Sauce Labs, Miscrosoft, Yubico, WithYou, GMO Pepabo, StickerMule, Igalia, and WebCastor. 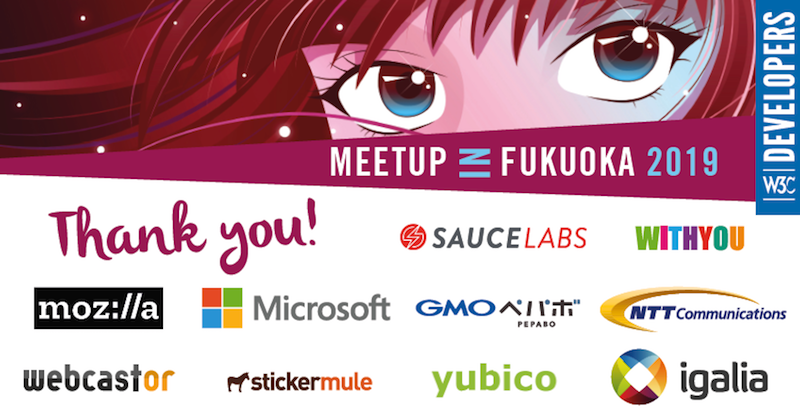 Participants had the chance to look at a few demonstrations brought by the event’s sponsors, such as an immersive telepresence experience between Fukuoka and Tokyo. Other demonstrated topics were: tests of Web performance thanks to WebDriver capabilities, standardization beyond browser vendors, shared server service ‘Lolipop!’, Web Authentication for better security, and an exploratory work about a standard for digital comics on the Web.

Please follow us on @w3cdevs to find out more about an upcoming W3C’s staff and members presence in your region, to track new Web technology development, and to understand how to contribute to W3C work.