The goal of the Games Community Group is to improve the quality of open web standards that games developers rely on to create games. To achieve its goal, the Games community group will:

The Games community group will not develop any normative specification. As such, there will not be any Essential Claims under the W3C Contributor License Agreement or Final Specification Agreement.

The Games Community Group was created end of 2011, following a W3C workshop on Web games organized in Warsaw, Poland. The group investigating game needs for a few years, the Web platform evolved to address most of these needs, and the group progressively became dormant, patiently waiting for a wake up signal…

A second W3C Workshop on Web Games, organized in 2019 in Seattle, USA, provided the wake up signal and the group is now back to life, exploring new (and remaining!) pain points for Web game developers, and reviewing Web technology proposals that could impact games.

Are you willing to improve the quality of open Web standards that developers rely on to create games? Please come and join!

The group uses the HTML5 Web Gaming Standards discussion forum as well as its public public-games@w3.org mailing-list (with public archives) for discussions. Calls are organized once every two months or so, check the mailing-list for announcements!

This is a proposal for addition of a zoom-independent version of window.devicePixelRatio to HTML5.

Before Firefox 18 and Chrome 25, to make a 3D (WebGL) game drawn in HD, we could set the scale in <meta name="viewport"> to 1 and multiply the size of 2D things (HUD elements, menus) by window.devicePixelRatio.

However, since these versions of the browsers, devicePixelRatio started to take browser zoom level into account.

While the change works perfectly for loading of high-resolution versions of <img> images and background-images, it has been impossible to draw HUD elements in HD 3D games with correct sizes since that.

Glossary of this proposal

With the old DPR, when <meta name="viewport"> scale is 1, we could simply multiply the size of HUD elements by DPR to get resolution-independent size of the element (so that it doesn’t look too small too dense displays):

On screen, the cross would have the following size with the old behavior:

However, with the new DPI, DPR is multiplied by the zoom level too, so if we multiply the size by DPR, we get the element scaled twice (in the script by DPR and in the browser by zoom):

If you open WebQuake on a high-DPI display, you can see that the game is rendered in HD, but the HUD and the menus appear too small.

This is because I set <meta viewport> scale to 1. If I didn’t do this, the HUD size would be correct, but the game would be blurry.

What exactly I want is to render the game in HD while having the HUD drawn at correct size.

The solution is very simple.

A constant value which behaves the same way as the old DPR – doesn’t take zoom level into account.

Another important thing is to make it viewport scale-independent. It would have no point then, since it is to be used when viewport scale is forced to 1 (for manual scaling of selected elements).

It must be accessible from CSS queries too so we won’t have to use JavaScript to resize every element.

The first Games Community Group event of 2012 will be held right before GDC (http://gdconf.com) on March 4th at the Mascone Center in San Francisco.

The Summit is free and open to the public. Sign up here: http://gamesCGmarch2012.eventbrite.com

So what will we do at this Town Hall?

Like our last summit, the goal of this town hall is to track the implementation of specifications this group has already recommended and extract and document new recommendations.

If you are planning to come to the Town Hall, please take the next month to continue to review the missing features/APIs we documented at our last meeting, file bugs with the browser vendors against them, and collect new features to propose to the group.

If you cannot make it on March 4th, feel free to discuss issues you care about on the mailing list, and send your proposals to me to be presented to the group. Take a look at our last report for examples of how to propose a new feature.

You can read the full report from our last summit here:
https://docs.google.com/a/bocoup.com/document/pub?id=1fs1hpZvP05ViEWtaLSmNQUV_PW2jCWS5Oe2GAdBKgl0

We collaboratively took notes, and have summarized our work in a W3C Games Community Group Summit Nov 2011 Summit Report.

This report focuses on practical notes for the operation of the group, as well as our position on the following 17 open web standards that the games group cares about: 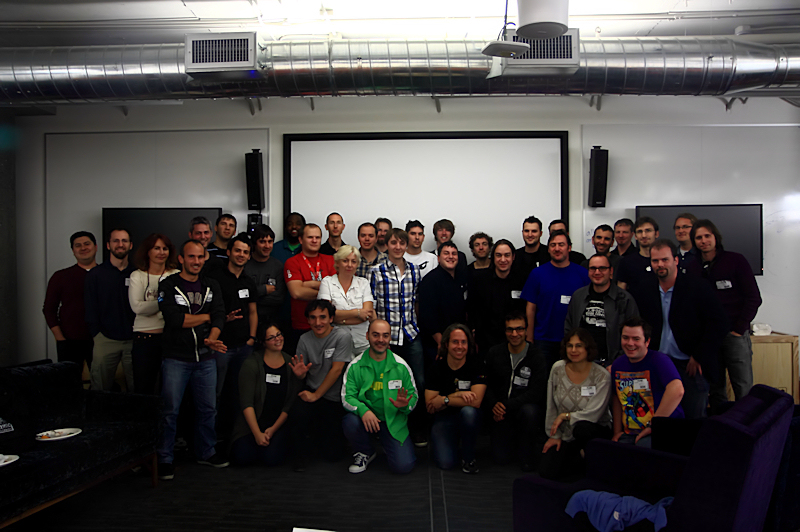 Hosted by Bocoup and Zynga

Goals For This Summit

We are hosting a Summit for the HTML5 Games Community Group the day after the New Game Conference (http://newgameconf.com).

The Summit is free and open to the public. Sign up here: http://newgame.eventbrite.com

The goal of the summit is to track the implementation of specifications this group has already recommended, extract and document new recommendations, and solidify a charter for this group.

The Summit will run from 10am – 1pm and be graciously hosted by Zynga at their new auditorium:

Welcome to the Games Community Group!

End of September 2011, a group of people passionate about games development and Web technologies gathered in Warsaw, Poland, next to the onGameStart conference, to discuss game developers needs for the next Open Web Platform.

During this half-day workshop, discussions covered more than 20 features that would ease the development of cool games using regular Web technologies. Some of these features were highlighted as candidate features worth including in potential Web standards (e.g. Joystick API, hardware feature detection, orientation lock), others as already being standardized, yet others as requiring more discussion, not a priority, not directly relevant, or out of scope of W3C. Check the full report for details.

The creation of a Games Community Group was proposed at the end of the workshop to pursue discussions, push for features of interest to be addressed by W3C working groups, monitor standardization progress, and otherwise serve as entry point for the games community in W3C. And this is how the Games Community Group came to life!

While the group starts to organize itself, I encourage you to join the group (simply follow the corresponding link on the right side of the group’s page) and introduce yourself and what you expect from the group on the public mailing-list public-games@w3.org (with public archives).