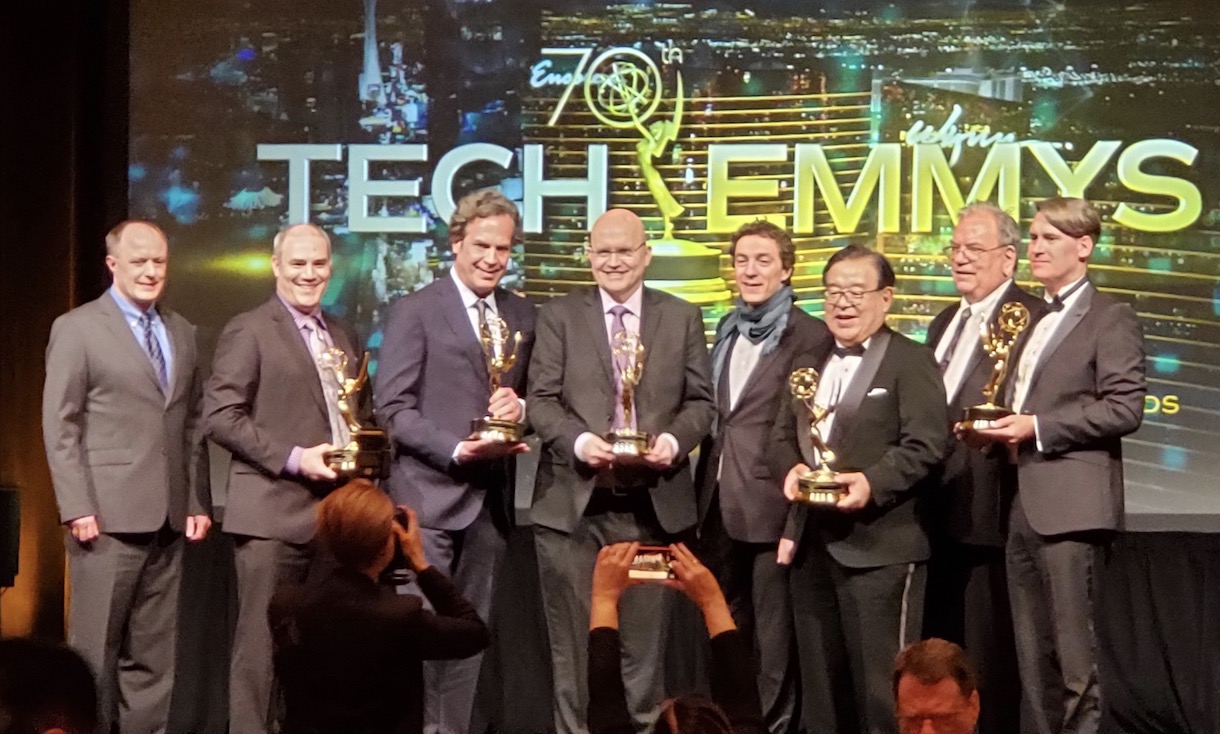 W3C is delighted to be the recipient of a Technology & Engineering Emmy® Award from the National Academy of Television Arts & Sciences. We are being recognized for worldwide media standard enabling a Full TV Experience on the Web.

Among the web technologies that the Web Consortium develops, HTML5 has brought videos to the Web, ending the era of plug-ins for media playback. A few W3C technologies are at the core of all web media applications today. They have turned the Web into an unprecedented media platform that mixes professional and user-generated content, available anywhere, anytime, on any device, at any resolution, and to anyone.

This prestigious Industry award recognizes and celebrates the long course of our work: our first W3C workshop on Web and TV was in 1998. That particular aspect of Entertainment on the Web was the subject of six W3C workshops in the past 20 years. Look how far video has spread on the web since then! We are bringing W3C’s expertise and commitment to accessibility to help make video and TV on the Web accessible. The future is as exciting as the past. With the Immersive Web coming down the road, our work is not done.

Representatives from W3C staff attended the awards ceremony at the NAB Show on Sunday, April 7th, 2019 in Las Vegas, NV. “We are especially excited to be honoring these prestigious companies and presenting our gala again at the NAB Show where the intersection of innovation, technology and excitement in the future of television can be found,” said NATAS President & CEO Adam Sharp.

“The Web has no boundaries. The potential audience for media on the Web exceeds 4 billion people across the world,” stated Jun Murai, W3C Steering Committee Member, Professor of Keio University, and recently a Knight of the French National Order of the Legion of Honour, who accepted the award on W3C’s behalf. He added “I would like to thank the Academy for recognizing the work of the W3C. I would of course also like to thank W3C Members and individuals who contributed, some of whom are also being recognized by the Academy tonight, for their work in Standardization of a Full TV Experience.“

W3C is grateful that the Emmy committee has honored us again. We take pride that millions of web users continue to enjoy a safer, more secure experience viewing video streaming on the web. We are grateful for our community, and all those who work to build standards and technologies for the web, laying out the foundation for future innovations on the Open Web Platform.