Looking back at TPAC 2018; public release of W3C Strategic Highlights

The week in figures: Nearly 620 participated, representing nearly 220 different organizations; we used 42 rooms of the Lyon congress center; 47 Working/Interest groups and 16 Community Groups met over 4 days; the Technical Plenary day was organized as a bar camp with 47 breakout sessions proposed, many of which were presented at the end of the day. To date, these are record numbers.

300 registered to our Developer Meetup featuring 5 prominent speakers and 12 demos. This event, hosted by the University of Lyon, was possible with the support from Qwant, Microsoft, Mozilla, NTT Communications, StickerMule, Webcastor and WithYou. The talks have been recorded and will be available online.

TPAC was about the innovations in the web community, the W3C/WHATWG collaboration which was an important focus of the Advisory Committee meeting, following up on and socializing recent and planned W3C Workshops, move promising topic to the public W3C Strategy Funnel, a subset of which the following graphic illustrates: 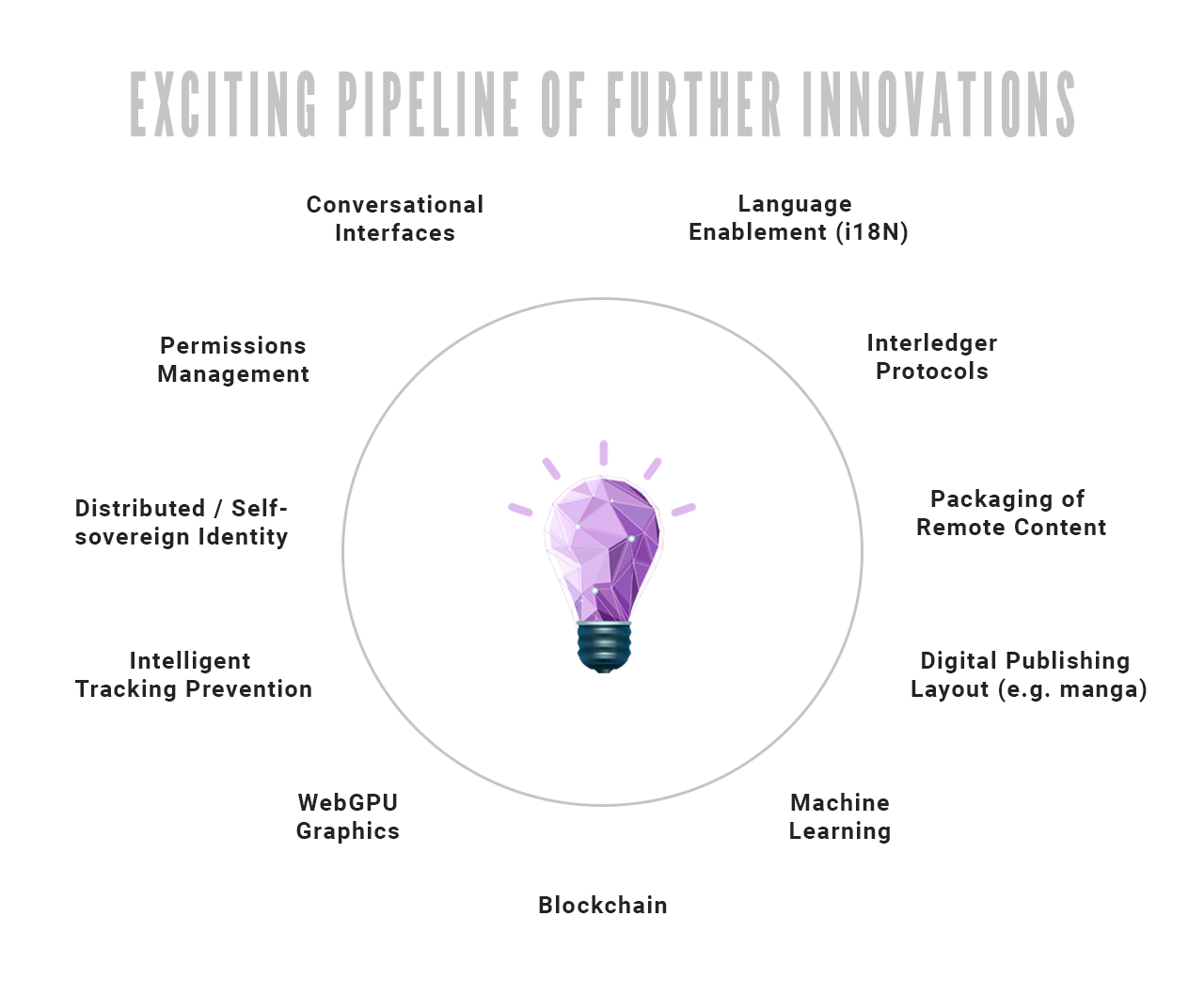 Today we are releasing to the public the October 2018 edition of the W3C Strategic Highlights. The report highlights work of consolidation, optimization and enhancement of the existing landscape, as well as innovation, incubation, and research toward the growth and strength of the Web. I invite you to read it for updates in key areas of the Web, how W3C meets industry needs, and the latest around Web for all and outreach to the world.