30 years on from introducing the Web to the World

On 6 August 1991, Tim Berners-Lee posted information about his WorldWideWeb project to the public and introduced the Web to the world.

“Try it“, Tim noted in his message – and since then, billions of people have. 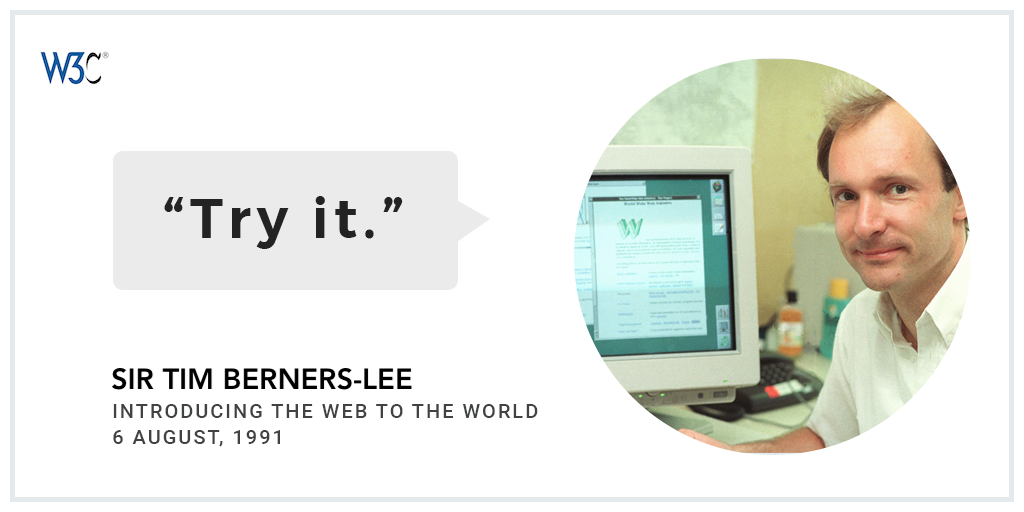 Think about how often you use the Web. Aren’t you surprised at how essential the Web is to your life?

60% of the world is online. We use the Web every day in our communications, jobs, connecting to family, sharing knowledge and even our democracy depends on it. But what do we take for granted about the Web? How utterly ubiquitous it is, for one thing.

In 2019 Pew Research noted that: “Overall, 81% of Americans say they go online on a daily basis.” Statistica found: In Europe internet access stood at around 63 percent in 2009, within a decade that expanded to almost 80 percent. Less than 5 percent of the people living across Africa had access to the internet in 2009, while now almost a quarter of people across the continent have access to the internet.” The number of online users has also grown rapidly in Asia. As of 2021, about 2.6 billion people in Asia are online. As many as 40 million people in Southeast Asia came online for the first time in 2020, reported by CNBC and that increased the total number of internet users to nearly 70% of the population in Southeast Asia.

This anniversary is particularly meaningful in China where, according to a poem by Confucius, a 30th birthday means one’s feet are firmly planted upon the ground (三十而立). China has been on the internet on a permanent basis since the 1990s. Since 2000 when there were only 22.5 million internet users in China, that number has multiplied nearly 38 times in two decades. CNNIC reported that the number of Chinese online users has now reached nearly 1 billion. Web technologies have been playing an indispensable role in people’s daily life, and in the rapid development of China’s digital economy.

The World Wide Web Consortium has been producing technologies in some of the most vital areas of the growth of the Web, how we lived our lives during the global pandemic crisis; and how we will live in the future. To understand the magnitude of it, see “What happens in an Internet Minute” in 2020, for example: 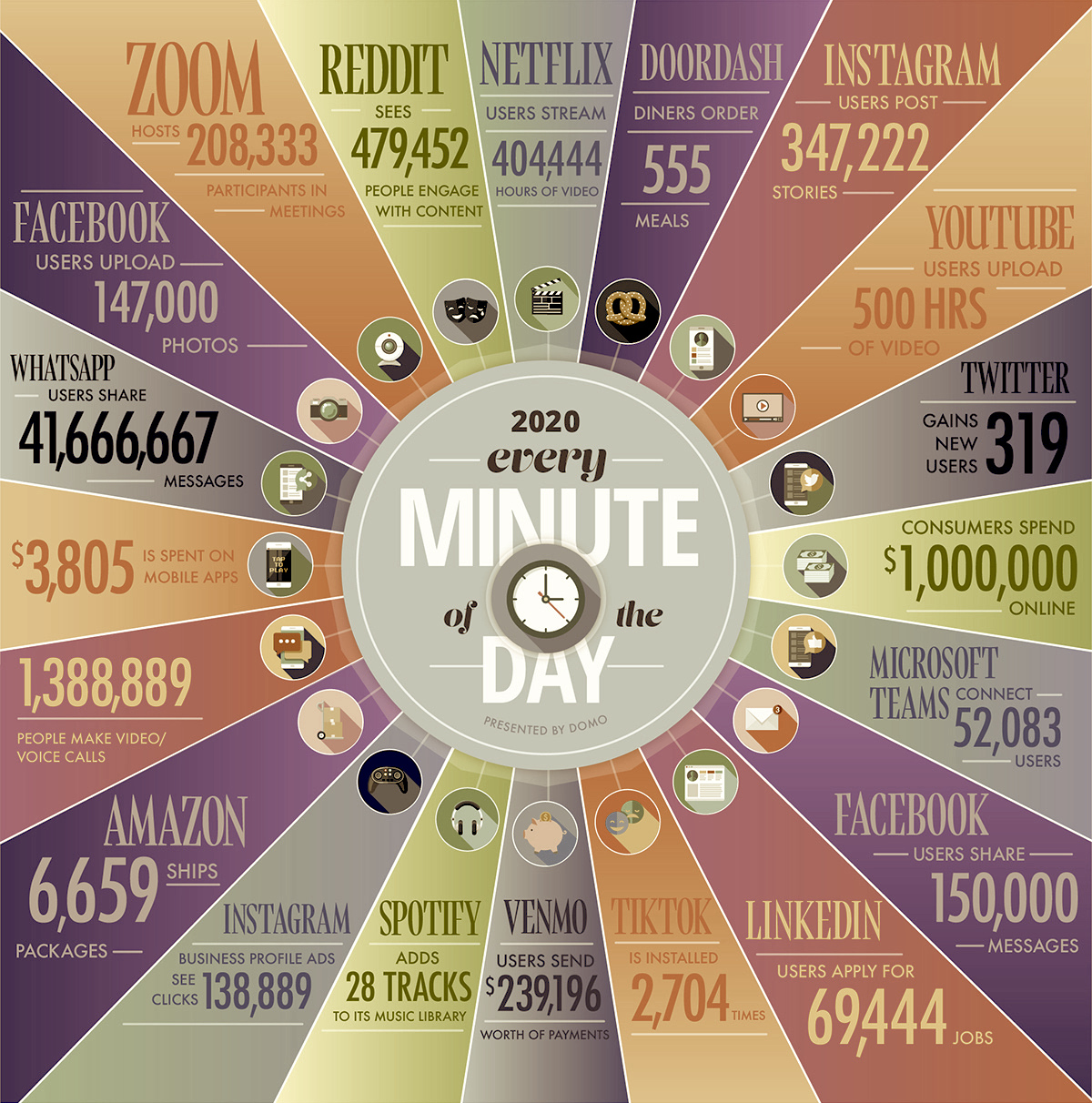 The Web’s richness, health, and future potential is linked to the immense amount of work done at the Web Consortium since its founding in 1994 by Tim Berners-Lee, to ensure it is open, interoperable and works for everyone. If many big companies are mentioned in press about the Web (and for some people, a few have even become synonymous with it), it is because their engineers unite at our table. Because of the work accomplished at the Web Consortium you can use the Web on any device; you can go to a Web page on any browser; you can read and write on the Web in almost any language; you experience the same Web on desktop, laptop, mobile, TV (not separate silos); you can use the Web whether you are blind or have mobility or accessibility issues; and your use of the Web is more and more secure. Please read our most recent state of the work document.

The Web is one of the most powerful tools in history. Despite many users’ fears of social, political and technological misuse of the Web, the Web community are working at the Web Consortium to ensure that the Web can indeed be a force for good and connection, and we continue to translate the needs of humanity into Web technologies.

And our Technical Architecture Group states in their Ethical Web Principles that:

In their Vision for the Web, our Advisory Board has stated that:

Our vision is for a World Wide Web that is more inclusive, and more respectful of its users: a Web that supports truth better than falsehood, people more than profits, humanity rather than hate.

We will improve the fundamental integrity of the Web platform. The Web will not only grow in scope and importance in our lives; it will grow in respect for its users, grow in the trust of its users, grow in its inclusion of all humanity as its users.

As we celebrate the release of the Web to the public, we celebrate the Web and all the Members of W3C who have helped to shape and evolve Web technologies to give us the accessible, international, secure, Web we use all today. Our Advisory Board, Technical Architecture Group, Members and community are committed to, 30 years on, making sure that the Web which Tim Berners-Lee gave to the world and which has changed history and changed our lives, will continue to be a benefit to humanity.

The Web Consortium: making the Web work, for everyone.