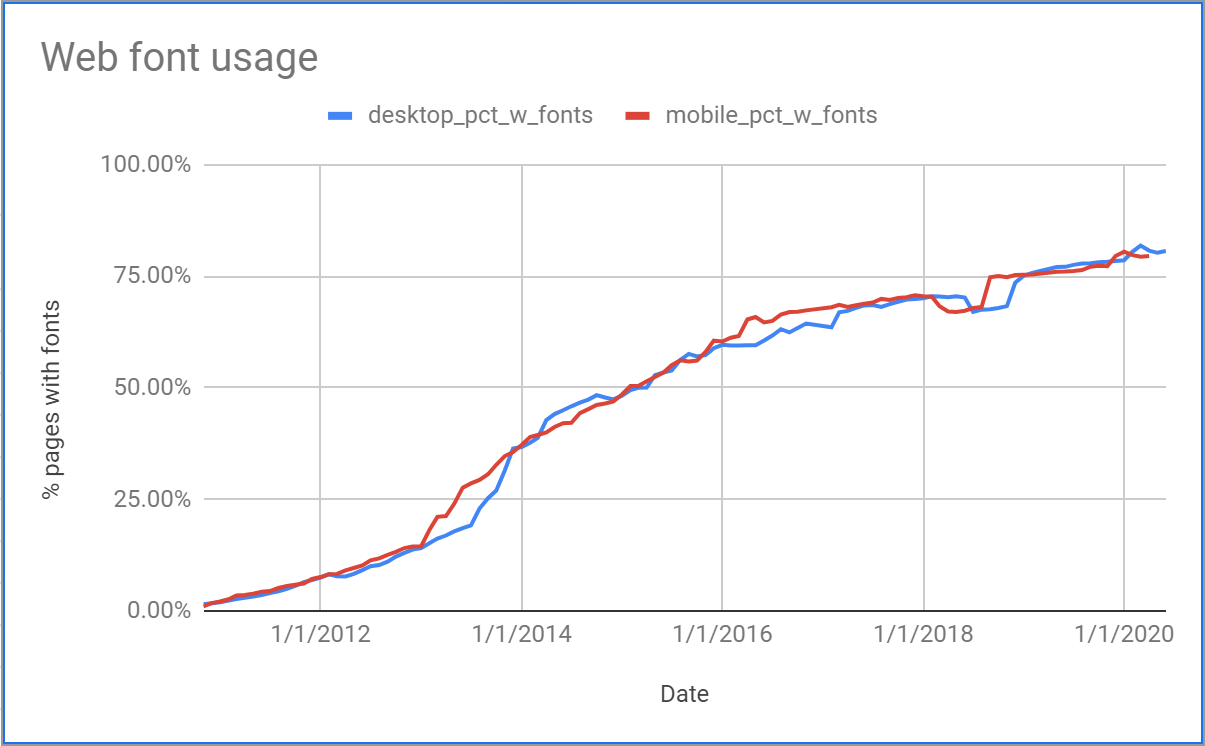 Mondays are dreadful, right? So much so that it inspires people to search for “How do I get motivated on Monday?”, which is what Google says is a popular search topic when I typed ”Monday” in the search box … But not today – July 27, 2020 is a very special Monday: the one that marks the 10th anniversary of the event that changed the way we see and read text on the Web; it changed the way how brands communicated with their customers worldwide; it literally changed the face of the Web! (typographic face, i.e.)

Ten short years ago, the newly formed WebFonts Working Group published a First Public Working Draft of Web Open Font Format, and many (virtually all) browser vendors introduced new versions that supported it shortly thereafter. By doing so, they offered web developers an exciting new technology to experiment with, provided new tools to make their websites stand out from the rest, to make them look authentic, more readable, and user-friendly!

Initially seen by some as a niche technology to spruce up headlines, web fonts took the Web by the storm. By the time the WOFF 1.0 Recommendation was finalized, the web fonts adoption rates have surpassed WebFonts Working Group’s wildest expectations of 10% adoption, raising bandwidth consumption to the levels that made us clearly realize that the dedicated font data compression is a necessity. The new and improved WOFF 2.0 development was launched as a result, and the Web as we used to know it, is now a “recent” past – using web fonts is now mainstream, and the WOFF 2.0 (finalized in March 2018) made web fonts third widely adopted Web technology (after HTML and CSS). (Notably, both WOFF 1.0 and WOFF 2.0 are based on the ISO/IEC 14496-22 “Open Font Format” standard, which by 2009 was widely supported in virtually all consumer electronic devices, paving the way for WOFF technology adoption at unprecedented scale!)

The WebFonts Working Group is currently developing a new mechanism for progressive font downloads with the goal of optimizing font data delivery and making web fonts faster to load and user friendly. This recent analysis of web fonts usage by country shows that the median number of bytes of web fonts used for pages in China is *zero*! Clearly, more work is needed to makes web fonts attractive for all world languages.