I’m fresh from Money20/20 (my second time, along with Alan Bird), which was very productive in two ways.

The first was in raising awareness about the maturing Payment Request standard for streamlined Web payments. I moderated a session where Zach Koch from Google, Michel Weksler from Airbnb, and James Anderson from Mastercard demonstrated the user experiences that we expect to see increasingly across the Web. Mastercard’s demo featured strong authentication and tokenization used in conjunction with Payment Request. Earlier in the day, Google and FIDO also demonstrated Payment Request API, using a Web-based payment app, the Web Authentication spec, and a pre-production Android fingerprint API compliant with FIDO 2 specifications.

As a result of that packed schedule, I only got to attend a small number of sessions. That was unfortunate because the conference is a good source of information about industry hot topics. I did, however, get to spend time with colleagues from Airbnb, American Express, Capital One, Google, Mastercard, and Shopify who are involved in the standards group.

Thanks to Manash Bhattacharjee for the photos of our session! 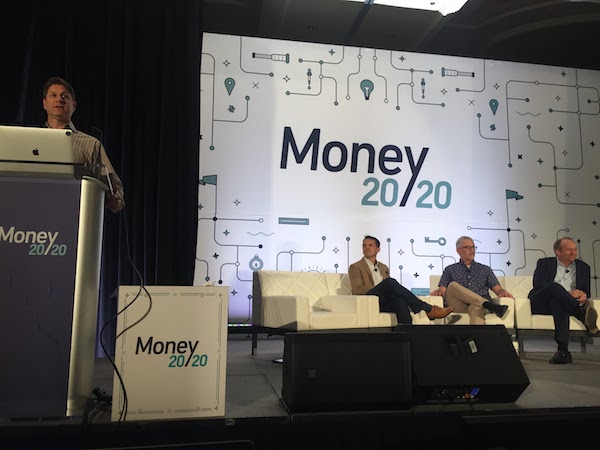 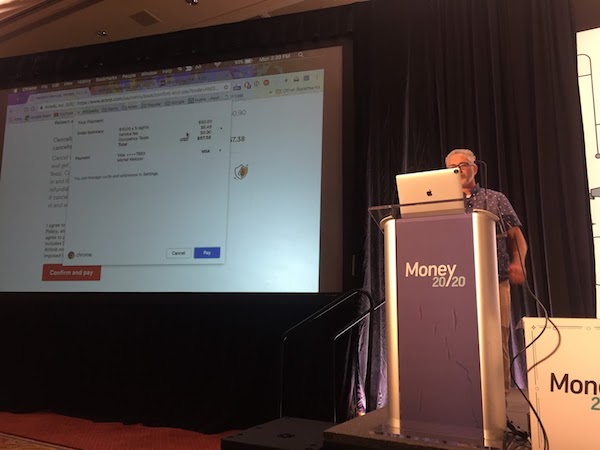