The Global Accessibility Awareness Day (GAAD) is an international event that was co-founded by Jennison Asuncion and Joe Devon in 2011. It has been growing rapidly ever since, and this year it featured more than 50 announced events in 18 countries including: much of Europe, India, the US, Brazil, South Africa, Japan, and Australia. These range from blogs, webinars, meet-ups, and hackathons to full blown conferences to raise awareness on accessibility. 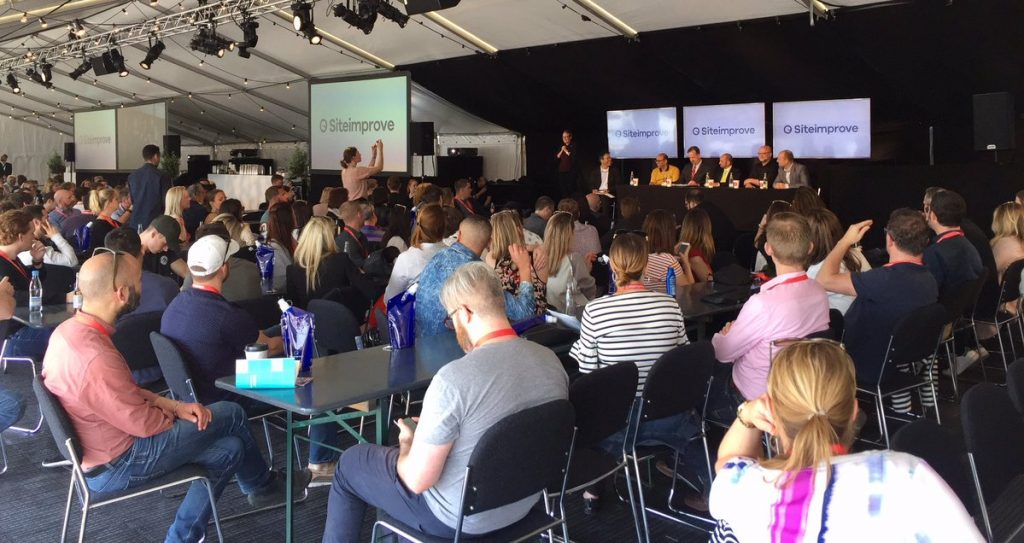 One of these events was a truly fascinating festival set up by Siteimprove in Copenhagen, Denmark. It featured opening talks by Morten Ebbesen the CEO of Siteimprove and no one less than Jennison Asuncion himself. It also featured an act by Karl Groves and Billy Gregory, also known as the Viking and the Lumberjack. But the real deal was the keynote by Sir Tim Berners-Lee, inventor of the World Wide Web. 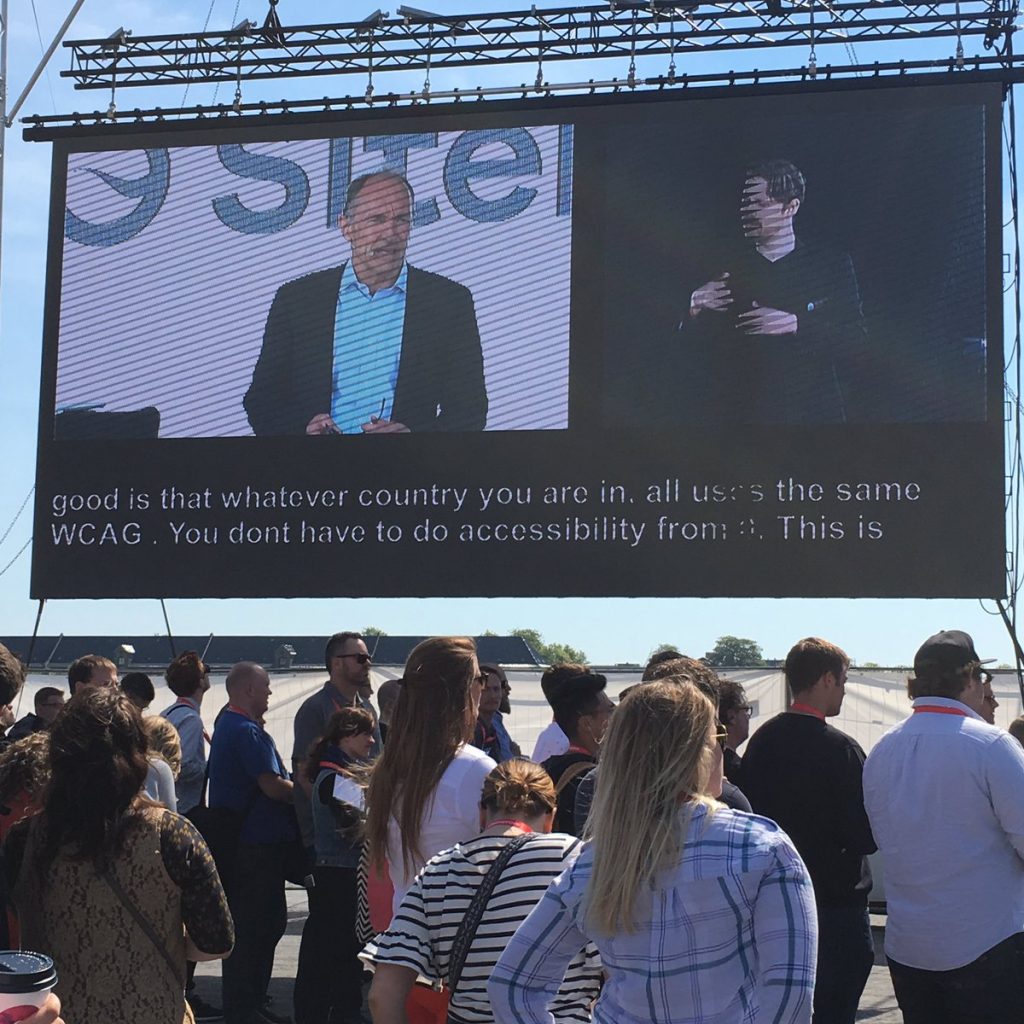 Tim reminded us of the accomplishments in web accessibility, such as the increased international harmonization around the W3C Web Content Accessibility Guidelines (WCAG) 2.0. He also pointed out on-going work, such as on WAI-ARIA, WCAG 2.1, and the 3.0 version of the accessibility guidelines that are currently in exploration. More importantly, Tim noted the continual evolution of the Web and how it is converging with other technologies, such as digital publishing, mobile, and gaming.

Tim also looked ahead on newer technologies currently converging onto the Web, such as Internet of Things (IoT) and virtual and augmented reality. W3C is already undertaking efforts on the Web of Things (WoT), and the W3C Web Accessibility Initiative (WAI) is exploring accessibility of WoT. Yet a challenge is how to make visual experiences of virtual and augmented reality accessible. 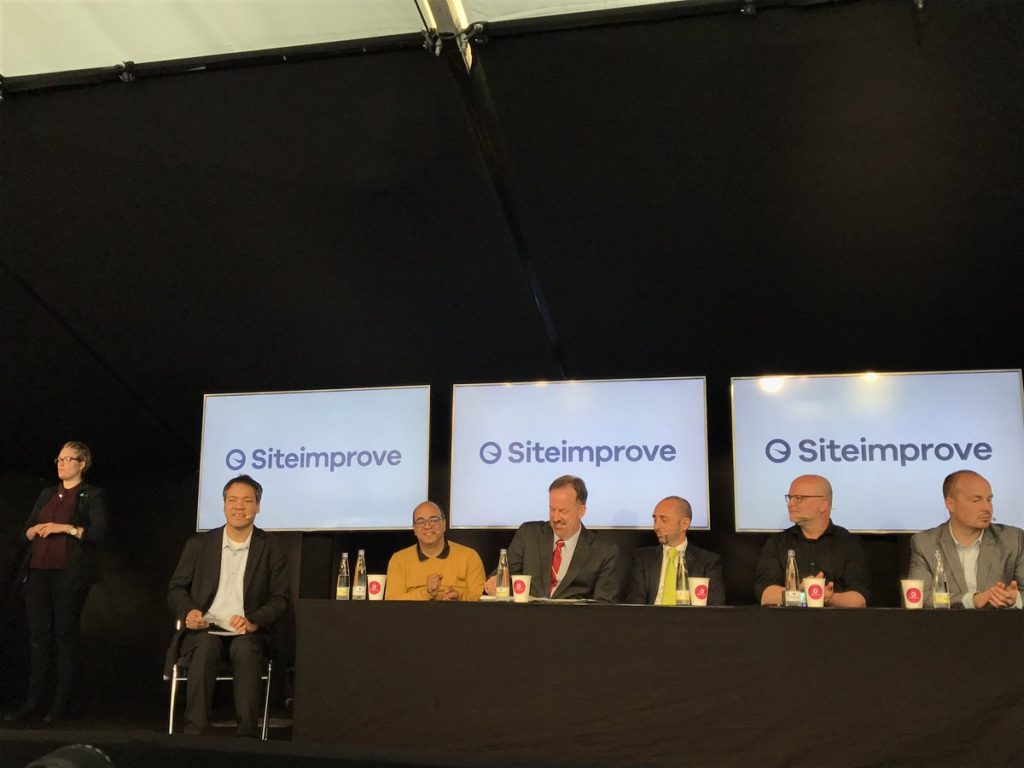 Panel discussion with @sabouzah, @Jennison, and others at @Siteimprove’s #GAAD event (via Michiel Bijl on Twitter)

The panel felt mostly confident that, with the right mindset, technical challenges of making technologies such as virtual and augmented reality can be overcome . After all, also Graphical User Interfaces (GUIs) and touchscreens were first thought to be inherently inaccessible. But it is exactly that mindset and awareness of the problem that is needed to tackle the challenges.

For me it was an incredibly inspiring and motivating day. I hope for many others as well, especially those new to the topic of accessibility. Together we can make a difference, as everybody has a role in accessibility. As Tim once noted: “The power of the Web is in its universality. Access by everyone regardless of disability is an essential aspect.”

Request video of the GAAD panel debate from Siteimprove, and learn more about web accessibility from the W3C Web Accessibility Initiative (WAI).

One thought on “Reflections on GAAD 2017”