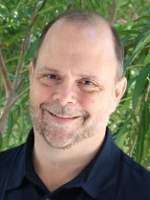 As part of a series of interviews with W3C Members to learn more about their support for standards and participation in W3C, I asked David Ezell

Q.For readers who may not be familiar with NACS Association for Convenience and Petroleum Retailing) , can you describe the role of NACS in one paragraph?

A. Quoting NACS: “NACS serves the convenience and petroleum retailing industry by providing industry knowledge, connections and advocacy to ensure the competitive viability of its members’ businesses.”

For knowledge, NACS supports member education through meetings such as NACStech (where Tim Berners-Lee has given the keynote on one occasion) and through its printed and on-line publications. For connections, meetings such as the NACS Show and NACStech provide members with the opportunity to meet regularly, and NACS Connect 365 is an online marketplace where NACS Retailer and Supplier members can conduct business.

For advocacy, NACS supports a Government Affairs Program that includes NACSPAC (a political action committee). The short explanation for the role of the Government Affairs Program is to advocate for a business climate that is fair, safe, and equitable for all convenience retailers, large and small. Advocacy also includes the support of standards development and implementation through PCATS, x9, W3C, and the PCI SSC.

The strategic technological direction is guided by the NACS Technology Council, a group of member retailers, technology providers, and CPG companies (i.e. telecom and communications).

Q. Given the current economic climate, what are some of the business challenges faced by NACS members that might be addressed through Web technology?

A. One of the the biggest economic challenges we face is increased interchange fees for use of payment processing networks, as well as the burden of paying for the security infrastructure required to use those networks. Web technologies stand poised to offer better cost alternatives in this area: entrepreneurial companies are already making some inroads on the processing side, and standardization of security protocols and exchange patterns to create a “trusted Web” may provide some relief from the security burden borne today almost solely by retailers.

Q. Can you share any success stories within NACS related to the use of a W3C standard?

A. PCATS (the Petroleum Convenience Alliance for Technology Standards), which is a close ancillary organization to NACS, has produced a standard for in-store EDI (Electronic Data Interchange) ordering. EDI makes it possible to place orders to suppliers (like Coca Cola, Pepsi, or McLane) electronically. The PCATS XML/EDI standard, called EB2B, enables large numbers of small and medium-sized retailers to make use of electronic ordering. Before the Web, this EDI technology was completely out of reach of these merchants. All PCATS standards make use of XML and XML Schema. Note that XML/EDI standards are also available from many other organizations for other retail segments.

Q. How does NACS communicate the value of Web standards to its Membership?

A. The annual NACStech meeting provides NACS members with the ability to hear from industry experts (Tim Berners-Lee and Rod Smith (of IBM) have both been recent keynote speakers) and to attend workshops on technology topics from the mundane (how to train cashiers) to the sublime (what is Web 2.0?). NACS Online also carries frequent articles on applicable technologies.

Q. Are there examples where NACS, through collective advocacy has enabled NACS members to influence the information technology market?

A. Through its Advocacy activity, NACS supports standards development at PCATS and x9, and through those standards produced has changed the landscape for technology products in the convenience and petroleum retailing industry. Before NACS advocacy of these standards, interoperability between store systems was scarce and expensive to develop. We’ve seen a sea change in how technology vendors approach our market as a result of the standards.

Q. NACS has participated in the development of XML Schema 1.1 (which W3C anticipates will become a Recommendation in 2009). For NACS, what are the most important new features in XML Schema 1.1?

A. Two key features are the ability to define co-constraints in the schema and support for the “versioning” of languages. Co-constraints (i.e., the value found in one place in an element can constrain the value allowed in another place in an element) have been used in data serialization technologies (like EDI) for decades: programmers, managers, and merchants understand them and rely on them. These constraints have almost always been implemented in the computer code, and therefore it has been up to the programmer on either end to read the spec carefully and to properly implement the checks on data required: in other words, it’s been very error prone. Allowing the designation of co-constraints in the XML Schema Definition language will be a huge help to those designing new XML languages for retail and for those porting existing retail languages into XML.

Support for versioning means making a given XML language work across processors and versions of those processors, and also to provide the ability to extend existing XML languages easily and intuitively. Deployment of a new language and its required software is a huge cost to any merchant, and support for these versioning strategies will make it possible to save a lot of money and frustration.

Q. Are there other areas of current W3C work of particular importance to NACS (e.g., related to data, voice interaction, ubiquitous Web, geolocation, …)?

A. The Mobile Web Initiative, along with Device APIs and in-roads into Social Networking standards (I realize that’s a little out of scope) seem to me to have the biggest potential impact on NACS members during the next few years. Of course, the entire planet has a vested interest in the future of (X)HTML(5), but that’s too large a topic for now.

Q. What does NACS value in its participation in W3C?

A. The W3C provides a unique mix of the ability to work out practical solutions to existing problems (like co-constraints in XML Schema) and to consider the immediate implications of emerging technologies for our industry (like the Semantic Web, Device APIs, “trusted web”, and Mobile Web). Being able to be involved in these things simultaneously is to me one of the main strengths of the W3C. Further, once the W3C creates or endorses a technology, it’s much easier for NACS to adopt that technology with the confidence that it’s doing the right thing for its members.

Q. What can W3C do that would most help your organization or the organizations represented in the trade association?

A. The NACS membership has immediate interest in XML technologies, including Web Services (though they are not yet widely deployed), in security related standards (“trusted Web”), and future interest in Semantic Web applications. So, making sure that these business related standards continue to be supported and revised is of great value. NACS would like to see W3C continue to push standards into everyday commerce, enabling further synergy and economies of scale so that we can repeat the “EDI success story” over and over in the future. The Mobile Web Initiative is a good example of the sort of activity NACS finds intriguing, especially as it applies to commerce.

A. The committee I chair at PCATS (the POS Backoffice Committee) was the first to switch to XML for the language of our standard, though I don’t think we finished first (that may have been EB2B). Switching to XML and XML Schema as the basis for our work provided the committee with an unprecedented ability to know we were using the right technology. Before that, we had disagreements about formats (ASN.1, CSV, name-value pairs), and arguments over the substrate consumed a lot of time, thought, and goodwill. Once we adopted XML plus XML Schema as our strategy, these old arguments disappeared and we were able to finish and implement our standard. These implementations were actually portable across various software platforms; we had not been able to achieve that before. And we’ve never looked back.

Many thanks to David for his answers.