W3C Tutorials took place on Monday and Tuesday of the week with a focus on Data Visualization, Audio on the Web, and Media advances on the Web Platform.
Between Wednesday and Friday, we welcomed conference attendees at the W3C booth.
At the W3C Track on Friday, experts from W3C Members and W3C Team broached topics including new trends on the Web Platform, WebAssembly, WebXR, Web of Things, Social Web Protocols and the foundations of trust as well as Intelligent Search on the Web. The Next Big Thing of Web: Future Web Outlook session ended with a panel about the future of the Web and gave way to active interaction with the audience on hot topics they care about for the Web.

The conference was a huge success, with 2300 participants from more than 60 countries, its program was packed with interesting topics and the line-up of speakers and panelits was outstanding. W3C Tutorials and W3C Track were very well attended.

Our Director, Tim Berners-Lee participated in the Thursday plenary panel on “Artificial Intelligence & the Web” with five other distinguished panelists from Amazon, Google, eBay, Facebook and Southampton University after the keynote on Conversational AI for Interacting with Digital and Physical World by Ruhi Sarikaya, Director of Applied Science, from the Amazon Alexa team.

You can watch the panel: AI and the future of the Web and the Internet (Sir Tim Berners-Lee (MIT, W3C), Antoine Bordes (Facebook, FAIR Paris), Vinton Cerf (Google), Kira Radinsky (eBay), Ruhi Sarikaya (Amazon), Prof. Dame Wendy Hall (Southampton University) – Chair), as well as the closing address by Mounir Mahjoubi, French Secretary of State for Digital, who shared excellent and insightful remarks on the state of AI and the role of the State on AI.

“This week brings together so many vital areas – industry, research, and those continuing to build the Web. Later this year we will reach a tipping point where 50% of the people in the world are on the Web. At this time of uncertainty and concerns about how the Web can be used for ill as well as good, we may ask what kind of Web this next 50% will be joining. So it is heartening to be amongst so many people working to make the Web better. At W3C, we’re working on innovative technology and Web standards. We ensure the process remains open, fair, international, fosters accessibility, and with a level-playing field. For such powerful technologies require our standards to be developed with trust, consensus and in the open.” 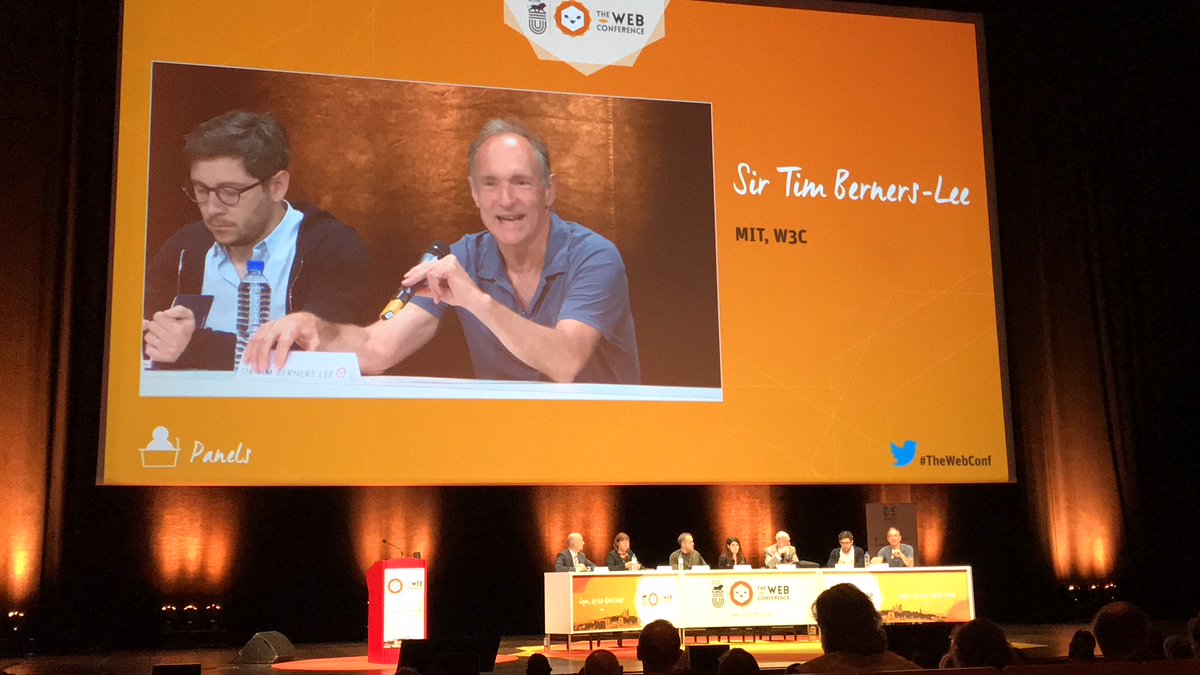 The full list of videos and interviews are available from the The Web Conference’s channel. Here are the links to the video of the three keynotes of this year’s Conference: