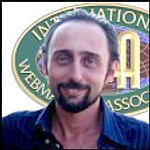 As part of a series of interviews with W3C Members to learn more about their support for standards and participation in W3C, I asked Roberto Scano (IWA/HWG Advisory Committee Representative at W3C) some questions.

Q. Would you mind introducing IWA-HWG in a few words?

A. IWA-HWG is a non-profit professional association for the education and certification of Web professionals. IWA’s initiatives now support more than 100 official chapters representing over 160,000 individual members in 106 countries. IWA’s accomplishments include the creation of guidelines for ethical and professional standards, Web certification and education programs, specialized employment resources, and technical assistance to individuals and businesses.

In 2001, the IWA (International Webmasters Association) and HWG (The HTML Writers Guild) merged and joined W3C to help represent Web professionals in the standards process and to give IWA members the opportunity to participate directly in that process. We are also endorsed by CEN as an association that create standards for certification of Web professionals and we are working with a UNESCO Institute for ICT to define standards for educational courses. We are involved in some W3C Working Groups (including in the area of Web Accessibility). We are also working on helping companies that do education and outreach understand profiles of Web professionals, i.e., what standard skill sets to expect.

Q. What are your roles in the organization?

A. I am the Project Manager for the international headquarters, EMEA (Europe, Middle East and Africa) coordinator, and the AC Representative inside W3C. I also coordinate the Italian chapter of IWA, where I live. So my roles are to coordinate the activities of IWA/HWG members inside W3C Working Groups, and also those activities occurring in Italy.

Q. Does IWA-HWG express opinions as an organization, or does it collect findings? If so, how are they established? Do you succeed in passing on those opinions/findings to W3C’s Working Groups?

A. IWA-HWG members who participate in W3C Working Groups represent the spirit of the Association to promote “design for all.” It is on this basis that we engage in Working Groups, and this suggests a sort of “default” shared opinion that we can use as a starting point: the Web of the future is founded on modern standards with accessibility, semantics, and modularization. We use a mailing list to share and elaborate personal viewpoints, especially before a “public” proposal and/or opinion inside the WGs.

Q. If you could get browser vendors to agree on three topics that would make life much easier for designers, what would those three topics be?

A. First of all, support standards. In particular: CSS, XHTML, and correct mime types for them. A second request would be to improve DOM scripting performance. A third would be to offer native supportfor semantic and multimedia languages (such as RDFa and SMIL).

Q. Do you observe that there is a big market (internationally) for standards-based design?

A. Yes, there is a lot of momentum right now because standards support is the fastest way towards support for the development of complex Web Apps, easy reuse and maintenance, even in an enterprise environment. From my prospective, using standards and following a few design principles (for instance, that accessibility is a core part of Web development, not to be handled as an “add-on”) should be the minimum requirement for recognizing a Web developer as a real Web professional. In jurisdictions with laws related to accessibility (like in Italy, with the Stanca Act – but also in USA with Section 508), there is also an increase in Web standards support. In order to meet user needs in a global market, we need to ensure that Web developers are aware of how to make products standards-complaint and accessible. The main problem for us, then, is education and outreach in this area. Though there is a big market for standards, we have more work to go to help Web developers understand the opportunities afforded by standards-based design.

Q. What are the most important obstacles to people following standards-based design?

A. Perhaps disinformation. Standards are wrongly perceived only as a “serious” thing, temporarily out of Web fashion. We need to publicize all the coolest ways to build a true, rich and accessible Internet experience. If we go back in the history of the Web, we can find that a lot of current Web developers started with visual tools, without knowledge of markup. During my training sessions, I see a lot of Web designers that still prioritize visual results over semantic markup. Some problems result from what authoring tools (especially CMS) genera, if they do not produce valid code that follows standards. The association promotes standards as a first principle because standards enable more flexibility and more support by browsers and assistive technologies.

Q. Are there areas of work that you (or your members) would like to see W3C prioritize?

A. We think that W3C should prioritize activities like the Ubiquitous Web Applications Activity. The time for Web Apps has come, and W3C should do what it can to promote the development of standards-complaint Web Apps that are accessible and universally usable with computer, PDA, and so on. We are also strongly interested in support for serious markup languages for Web Apps, such as XHTML 2.

Q. Why is Flash so alluring to web site designers? What can W3C provide as an open technology that meets their needs (i.e., what features need to be easily available)?

A. Flash is used especially by graphic designers who want to give more “action” to Web pages (including those intended to sell products). Flash has grown up and now is a modern tool to build Web Apps with its own language. But if we think about a “Flash without Flash” we will have the same results, for example with the fundamental help of javascript, XML, SMIL and SVG.

Q. What is the most problematic misconception about Web technologies that Web developers face with clients, and how do they clear it up?

A. The Web is still a sort of a mystery for many clients, especially in the “classic” ICT world often found in public administrations. Also, some clients continue to think of the Web as primarily a passive medium (or just a big videogame). So we work to explain new ways to participate, and how data-driven applications can create a rich Web experience for sharing information with more and more people.

Q. What would you recommend to a web technology enthusiast who wants to get involved in W3C or Web Standards?

A. To be strongly curious and ready to learn and conduct research independently. And maybe to join our association and connect with other Web professional. Let me add that getting involved also means having fun, because standards are sexy just like the Web! :)

Q. Similarly, what would you recommend that W3C do to lower barriers to participation? The HTML Working Group is an ongoing experiment on open participation in a Working Group. Do you have additional suggestions?

A. Yes: Do not forget that democracy without rules is only a mess, so the birth of a new language or specification needs to be a balanced mix between creativity and ratiocination: this can be done with a reliable and collaborative community of experts.

Q. Would you recommend to a Web design company to become a W3C Member? What aspects of W3C membership would benefit them most?

A. I personally appreciate hearing about TimBL’s ongoing vision of the Web (starting with an early talk). I think active participation in W3C groups gives engineers an advantage in the market when a specification matures to standard. We suggest to large companies (especially here in Italy) to join inside W3C and share knowledge inside Working Groups, but there are some organizations that may not have sufficient human resources to dedicate to the development of the standards, or related research and development activities.

Q. We are currently redesigning portions of the W3C Web site and are talking with people in the community about changes they would like to see. How could W3C improve its Web site to make it more useful to Web designers and developers?

A. Apply some of the innovative languages proposed in the Recommendations. Make it standards-compliant and attractive. Make it useful for more people!

Many thanks to Roberto for his answers.