The Web of Things (WoT) IG/WG has made significant progress towards our goal of an open Internet of Things based on web standards. At the recent W3C TPAC meeting held in Fukuoka Japan on September 16-20, we once again demonstrated the use of WoT Thing Descriptions to support interoperability between IoT devices from multiple manufacturers. A variety of devices from Panasonic, Fujitsu, Hitachi, Intel were combined with a Web Things gateway from Mozilla as well as services from Oracle and Siemens to target a variety of consumer and industrial IoT use cases. NHK additionally demonstrated an integration of their hybridcast system with WoT, using data embedded in television broadcasts to drive contextual IoT services, such as adapting lighting to specific content. 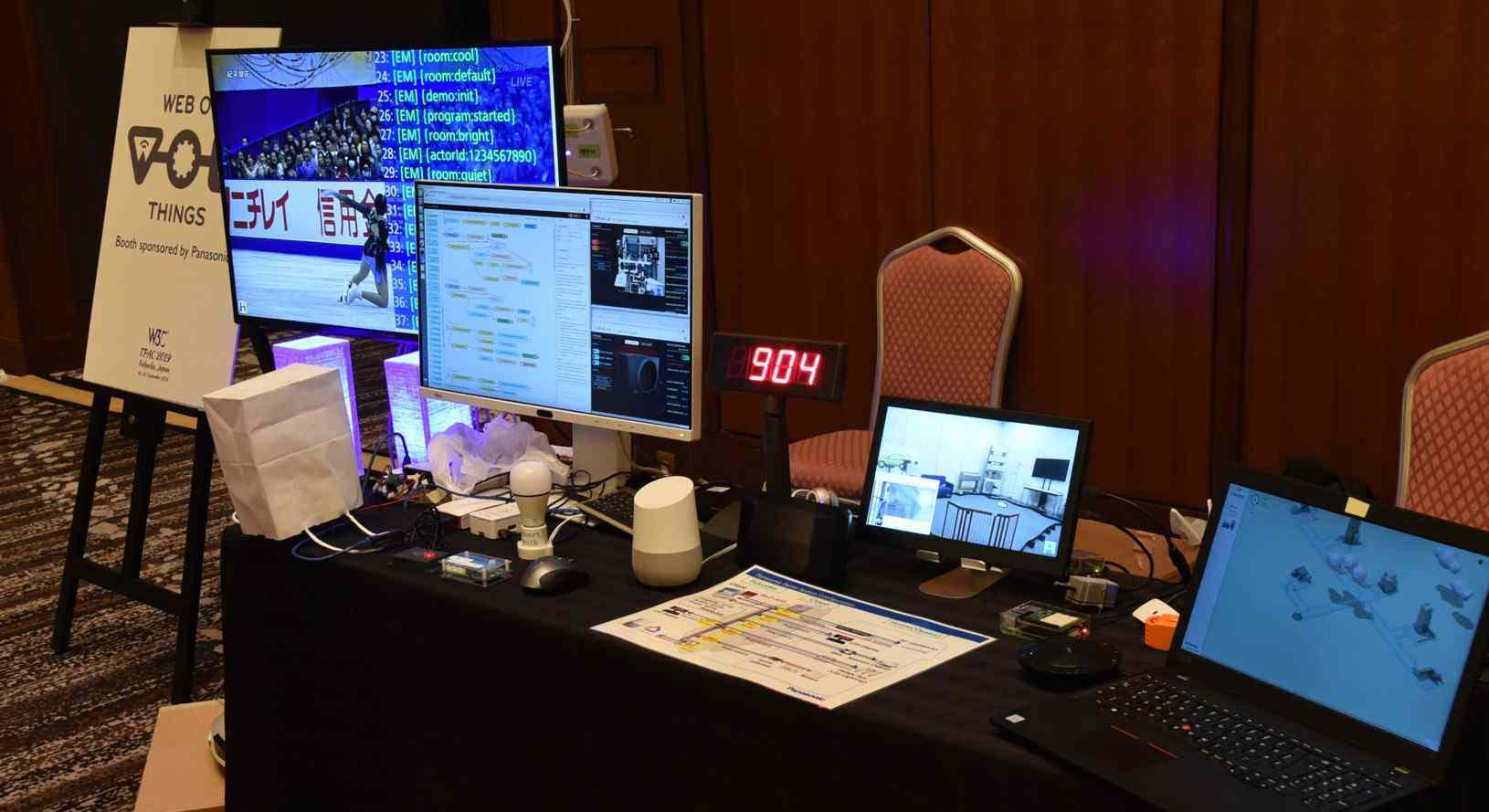 The following figure gives a concrete example of the main deliverable to date of the WoT WG: the WoT Thing Description. A WoT Thing Description is simply a standardized data format, based on JSON-LD, for providing the metadata for a Thing so that the services and data it provides can be understood and so that it can be accessed by authorized users. It can be used to describe existing devices and services as well as supporting the development of new IoT systems. The intention is to support the integration of IoT systems by allowing a common means for metadata to be exchanged and a common high-level abstraction for network interactions based on properties, events, and actions. 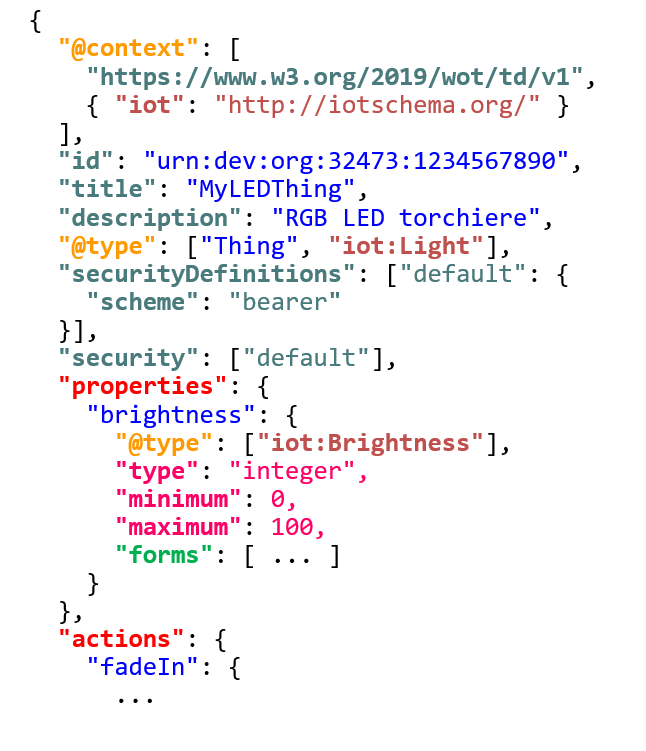 We are now rechartering both the Interest Group and Working Group with work items such as discovery and ad-hoc interoperability in constrained environments. We encourage readers interested in these topics to reach out and engage with us in this exciting work!