Important note: This Wiki page is edited by participants of the EOWG. It does not necessarily represent consensus and it may have incorrect information or information that is not supported by other Working Group participants, WAI, or W3C. It may also have some very useful information.

A new concern was raised about how well example captions stand out and introduce examples. Additionally, we have an existing open issue about the examples being too distracting. GitHub #89 is a short one worth a skim, and if you want to more, follow the links to issues 30 and 53. 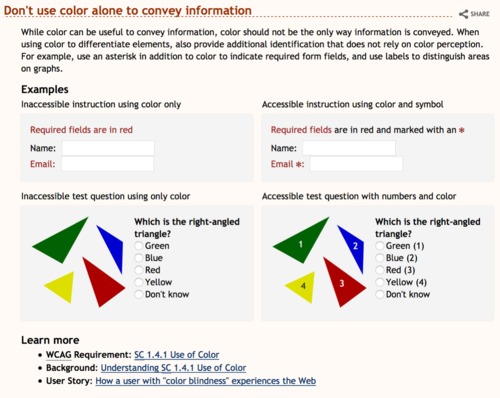 In this approach I have removed the 'Examples' heading (simply hidden from the viewport), use the 'Example \d: ... ' structure to highlight the captions, toned down the grey background to make it less prominent. 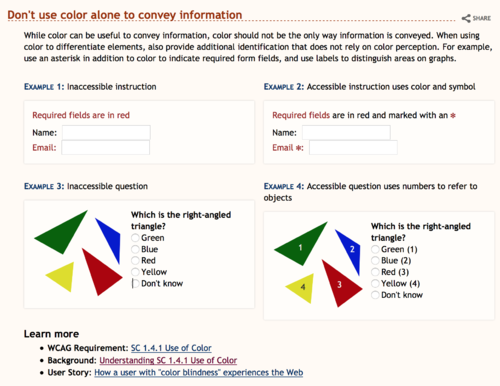 Greyed out entire example block, used caption label with different color to make stand out a bit, used a bottom border on the caption to separate caption from example. 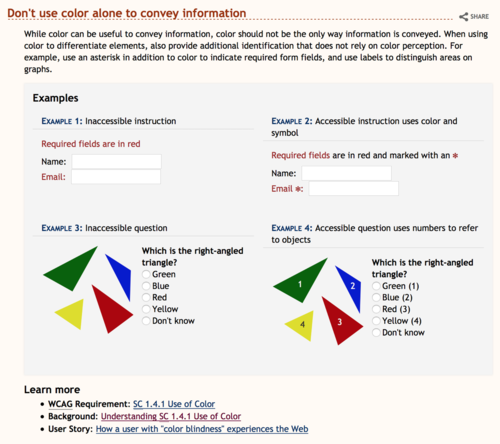 This approach incorporates some of the design ideas from the tutorials. It uses the bar, same color for the caption, and changes to all caps (actually small-caps but only one capital so not worth quibbling). 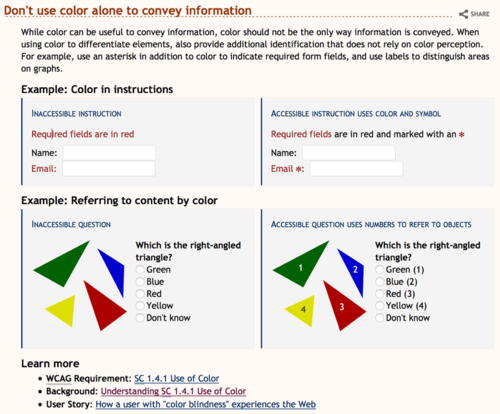 Incorporates the caption into the example box with a leading ‘Example:’ to help distinguish it from the actual example content. Styles the label to help differentiate it from surrounding content. Avoids styling the caption itself to maintain readability and avoid it looking like a link. Removes border to reduce visual noise. 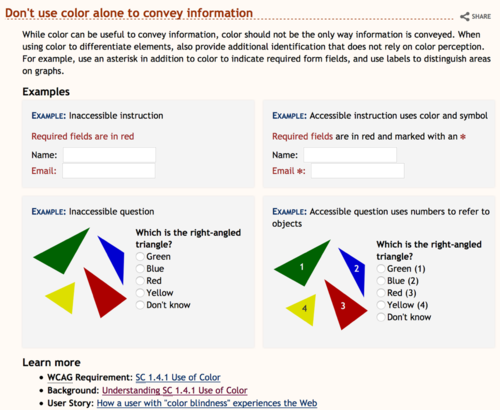