Q2 was a relatively quiet, yet has seen quite a bit of progress.  Some work is being done on the EU INSPIRE directive and ESWC took place in Slovenia with some interesting demos.  One that caught the eye was QueryVOWL, a visual query language, for linked data.

For those that enjoy such things, there was some interesting work and discussion on deterministic naming of blank nodes.  Also a neat new framework called Linked Data Reactor, which can be used for developing component based applications.  The web annotation group has also published an Editor’s draft.

Much of the work that has been done in this group has come together in a new spec, SoLiD (Social Linked Data).  As an early adopter of this technology I have been extraordinarily impressed, and would encourage trying it out.  There has also been a proposed charter for the next version of the Linked Data Platform.

A few of this group met with the Social Web Working Group in Paris.  Over two days we got to demo read write technologies in action, and also to see the work from members of the indieweb community and those working with the Activity Streams specification.

Relatively quiet this quarter on the mailing list with about 40 posts.  I get the impression that more focus has shifted to implementations and applications, where I think there is starting to be an uptick in progress.  Some ontologies have been worked on, one for SoLiD apps, and another for micrblogging.

The first release of a contacts manager on the SoLiD platform came out this month.  Which allows you to set up and store your own personal address book, in your own storage.  An interesting feature of this app is that it includes logic for managing workspaces and preferences.  Import and export is currently targeted to vcard, but more will be added, or simply fork the app and and your own!

Lots of work has been done on the linkeddata github area.  General improvements and some preliminary work on a keychain app.  One feature that I have found useful was the implementation of HTTP PATCH sending notifications to containers when something has changed.  This helped me create a quick demo for webid.im to show how it’s possible to cycle through a set of images and have them propagate through the network as things change. 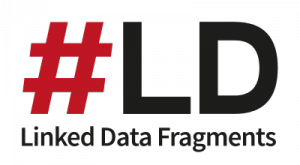 The Triple Pattern fragments client was released and is able to query multiple APIs for data at the same time.  This is a 100% client side app and supports federated SPARQL queries.  Another great open source app, you can read the specification or dive into the source code here.