MXM is a collection of MPEG and non-MPEG technologies organised in a middleware with standard APIs to implement harmonious media-handling devices, whose standardization is undergoing (and still at an early stage. Visit the current documents here). It is strongly based on the Chillout project.

The main goal of MXM is to enable the easy design and implementation of media-handling value chains whose devices interoperate because they are all based on the same set of technologies, especially technologies standardised by MPEG, accessible from the MXM middleware.

The scope of the MXM standard is to 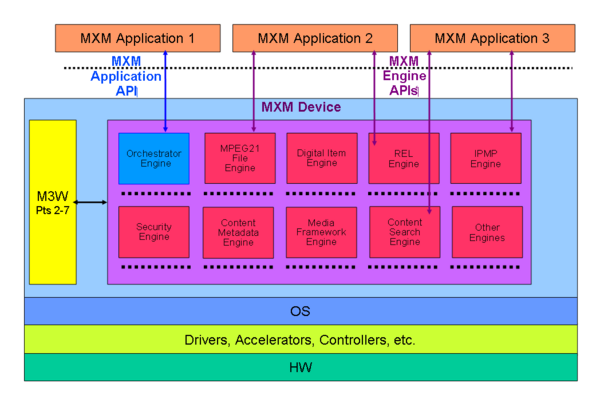 Relevance of MXM for the Media Object API

The MXM is interesting for the MAGW because:

The MXM is not so interesting because:

By comparison, the MXM analysis may pose the following questions to the MAGW: