This was also inspired by some preliminary work Armin and Simon did called SANDA.

The RDF files are in a GitHub.

There are six files as follows:

The dependencies are approximately as shown here: 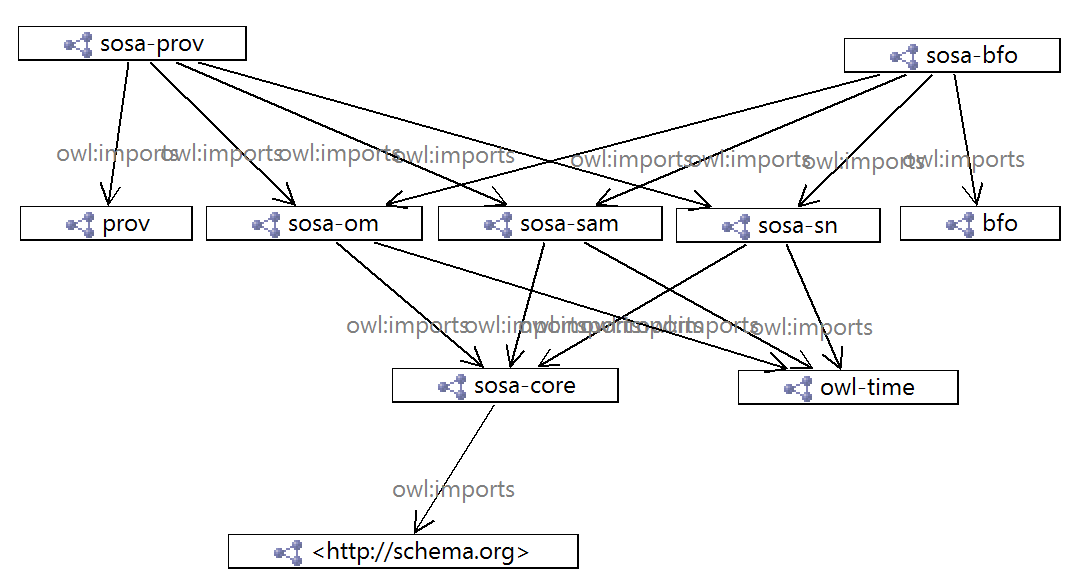 See Mapping Table for a comparison of SOSA with the precedent models and ontologies.

Because WP is very difficult to use. Armin and I struggled with various issues for a days, and decided to give up - sorry. The RDF files (Turtle format) are in GitHub so anyone who wants to work on this can get them there. I find that the Turtle serialization generated from TopBraid is very consistent, allowing changes to be tracked relatively easily.