From OWL
Jump to: navigation, search 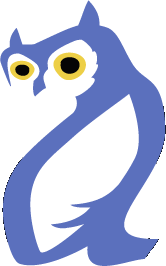 Copyright © 2006-2007 by the Authors. This document is available under the W3C Document License. See the W3C Intellectual Rights Notice and Legal Disclaimers for additional information.

OWL 1.1 extends the W3C OWL Web Ontology Language with a small but useful set of features that have been requested by users, for which effective reasoning algorithms are now available, and that OWL tool developers are willing to support. The new features include extra syntactic sugar, additional property and qualified cardinality constructors, extended datatype support, simple metamodelling, and extended annotations. This document provides a high-level overview of these features.

This is an editor's draft, for comment by the OWL community.

The initial design of the W3C OWL Web Ontology Language (OWL) was conservative in several ways. Constructs that did not have considerable support from within the W3C Web Ontology Working Group were not included. Constructs for which effective reasoning methods were not known or expected to be known in future were also not included.

For both these reasons, it was decided at the first OWL: Experiences and Directions workshop to design an extension to the OWL DL species of OWL. The extension is designed to provide simple extensions to OWL DL that

The features added in OWL 1.1 fall into four main categories:

Description Logic. The additions are:

Simple relationships between values of functional data-valued properties can be used as restrictions, as in DataSomeValuesFrom(shoeSize IQ greaterThan). The underlying theory of datatypes used in these restrictions is taken from [[[XML Schema Datatypes]]].

In OWL 1.1 a name (such as Person) can be used as any or all of an individual, a class, or a property. The computational problems that would arise if this were treated as in RDF are avoided by ensuring that no aspect of the use of the name as an individual has any effect on the meaning of the name as a class. Such a treatment of metamodeling is often called punning.